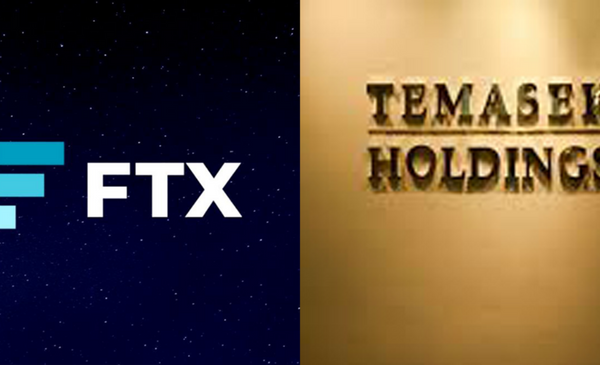 In light of the scandal surrounding FTX’s founder, Sam Bankman-Fried, Temasek Holdings has decided to write down its interest in the problematic cryptocurrency exchange. The Singapore state-owned investment company has participated in two capital rounds, totaling 275 million in investment.

In October 2021, it paid 210 million for a 1% minority investment in FTX International and, in January of this year, it paid another 65 million for a 1.5% minority position in FTX US. Cryptocurrency exchange investments made up 0.09 percent of Temasek’s total net portfolio value of SG403 billion (293.52 billion), the company said in a statement on Thursday.

“The thesis for our investment in FTX was to invest in a leading digital asset exchange, providing us with protocol agnostic and market neutral exposure to crypto markets with a fee income model and no trading or balance sheet risk,” it explained, citing its belief that exchanges are an essential part of global financial systems.

It observed, however, that it had become evident its trust in the “actions, judgments, and leadership” of FTX’s now-disgraced founder and CEO Sam Bankman-Fried was “misplaced”.

Temasek said that it conducted an “extensive” due diligence process on FTX lasting around eight months before to making its initial investment in the company in October 2021. This includes a study of the exchange’s audited financial statement as well as regulatory issues connected with crypto financial market service providers.

Temasek said it held firms in which it invests responsible for their operations and need to comply with local laws, citing allegations that said FTX mistreated client funds.

Because of FTX’s financial situation, the Singaporean investment company stated it will proceed with writing down its entire stake in the exchange regardless of the result of the bankruptcy protection case.

Temasek highlighted it still believed in the potential of blockchain applications and decentralised technology to alter industries, but cautioned that the “nascency” of the blockchain and crypto business held considerable dangers alongside benefits.

“There are inherent risks whenever we invest, divest, or hold our assets, and wherever we operate,” it said. “While this write-down of our investment in FTX will not have significant impact on our overall performance, we treat any investment losses seriously and there will be learnings for us from this.”

Blockchain investments are “not a large” element of Temasek’s early-state investments, which make for around 6% of the firm’s total portfolio. Blockchain technology infrastructure including protocols, wallets, and metaverses were also part of the company’s efforts in this area, which it said were geared toward programmable money, the tokenization of digital assets, and decentralised identification and data.

Earlier this week, Singapore’s central bank said that FTX did not have the necessary licences to do business in the country. The Monetary Authority of Singapore (MAS) also did not grant the exchange a licence exemption because it could not block Singapore residents from going directly to FTX and other foreign service providers.

MAS clarified that Binance was not barred from operating in Singapore, but lacked the appropriate licence to attract consumers, in response to concerns that the exchange’s inclusion on its investor alert list had prompted local users to invest through FTX. The industry watchdog ruled that this necessitated a halt to the practise.

In February 2022, Binance stopped accepting local payment tokens and stopped trying to get a local licence for its cryptocurrency exchange. Binance had said it will concentrate its operations in Singapore on blockchain development, although reports indicated the relocation was due to the legal requirements of MAs.

This week, MAS issued a statement claiming that companies offering services related to digital payment tokens had been granted licences under the Payment Services Act to protect against the threat of money laundering and terrorist funding. It also noted that although cryptocurrency exchanges were regulated for technological concerns, client funds and digital tokens were not, and that it has frequently warned the public about the dangers of trading cryptocurrencies.