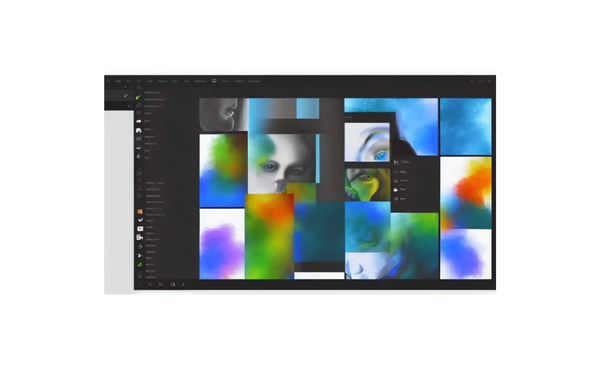 At today’s Microsoft Ignite conference, the company announced that starting next month, a new Microsoft 365 software will replace the current Office app inside Windows. That’s a great improvement for a few Microsoft 365/Office programmes, since it will make it such that commonly used controls always appear in the taskbar.

Even though the Ignite conference is geared at Microsoft’s business clients, most of Microsoft’s non-business users will also benefit from the improvements and additions to different Office capabilities that we’ll discuss here.

The new Microsoft 365 app, which acts as a hub for all of the different Office (Microsoft 365) programmes and any collaborative projects you and your coworkers are working on, is described by Microsoft as a “evolution” of the previous Microsoft Office app. A feed of files your colleagues are sharing, an applications module that will remodel the front door to the Microsoft 365 apps, and tagging are three new features that revamp portions of the current UI. Microsoft characterises tagging as a “new, straightforward approach for users to organise their work,” and it seems like users will be able to “tag” (with the @ symbol) files and coworkers in Outlook in a similar fashion.

Microsoft has announced the preview release of a new personal toolbar inside the Office software for Word, Excel, and PowerPoint, which will automatically add the most frequently used commands to the toolbar. Microsoft claims that its new “personal toolbar” feature would help users save time by removing the need to “search and navigate through tabs” to get to the functions they use most often.

Certain new AI features will be built specifically for certain programmes. Microsoft is bringing the tagging functionality from Outlook’s Context IQ to Microsoft Editor. Context IQ is used in Outlook to categorise contacts and documents. In the past, Microsoft Editor offered ideas on what to discuss and with whom, intelligent meeting scheduling, grammatical comments, and so forth. Despite being shown by Microsoft a year ago, the company has just recently announced that a “preview” of Editor with Context IQ would be made freely accessible in the “coming months.”

Like Google Docs, Microsoft Word is evaluating three new features for Editor: tone policing, or “suggestions;” a summary function that delivers a succinct overview of a lengthy text work; and conciseness, a new advise that will detect wordy or run-on phrases, such as this one.

Even though Microsoft declared its revised, “atomic” Loop interface for release by the end of 2021, development on it has been painfully sluggish. According to Microsoft, it is still in the preview phase.

Last but not least, Microsoft is releasing a new app called “Places,” which seems to be a direct challenge to hybrid office scheduling services like Tribeloo. The trial version of Places, which will soon be available, will provide a dashboard view of who will be at the workplace and when, as well as a “presence” signal that will notify colleagues where you physically are, and intelligent scheduling of meeting spaces.