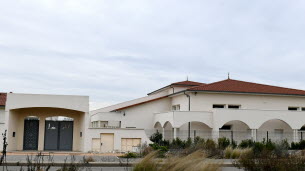 A gun pass on the television opposite shows the Indian MP Damien Abad and representatives of the national rally the mosque of Ambérieu-en-Bugey, which they accuse of being “radical” and “Salafist”. Deciphering a medium and political confrontation.