As consumers tighten their purse strings, the wearables market is struggling 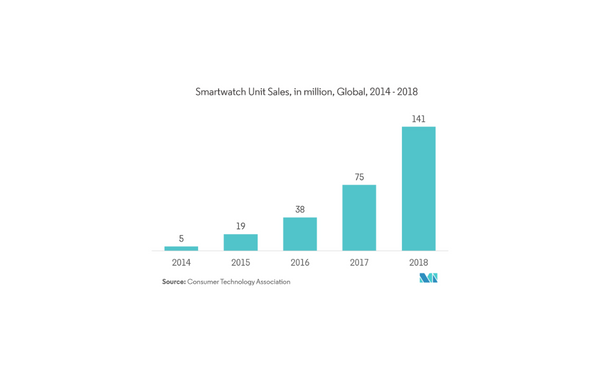 Data from IDC shows that in the second quarter of this year, worldwide shipments of wearables fell 6.9% from the same period last year. Although the wearables market has experienced explosive growth over the past two years, the demand for these devices has slowed, according to the research firm.

Apple, Samsung, Xiaomi, Huawei, and Imagine Marketing are still at the forefront of the wearables market. However, four of the top five companies saw declines in the second quarter compared to the same period last year.

The market may be shrinking, but the leaders keep releasing new wearable models. Three new smartwatches have been added to Apple’s lineup this month, and Samsung released its latest Galaxy Watch5 model just a month ago.

Consumers are less likely to spend money on technology products, which many of them see as expensive and unnecessary, as a result of the strain inflation has placed on their spending habits. According to IDC, as smaller brands persist in going after cheaper price points, they are putting downward pressure on the average selling prices of the market leaders.

Ubrani noted that “even though pricing on some new products remains the same as the previous generation,” it is more difficult to purchase in local currencies around the world due to the strength of the US dollar.

IDC predicts that shipments of wearable devices will remain flat at 535.5 million units for the full year of 2022, reflecting the industry’s generally gloomy outlook for the remainder of the year. However, IDC believes the market will normalise in 2023 thanks to replacements and new buyers in established markets and emerging markets.