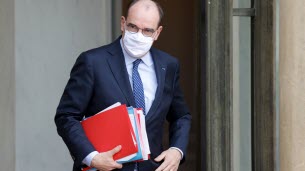 Prime Minister Jean Castex will reopen a new round of consultations with trade unions and employers from this Thursday in the context of uncertainties about the social consequences of the epidemic and the continuation of reforms such as pensions, announced Wednesday Matignon.

With a view to the “Conference of Social Dialogue” in March

This Thursday morning the Prime Minister will receive the President of the CPME François Asselin, then head of the CFDT Laurent Berger, on Friday afternoon before further meetings next week.

These bilateral meetings, which were not originally on Jean Castex’s agenda this week, were intended to prepare for the third “Social Dialogue Conference” since his arrival in Matignon, which is scheduled for March.

Jean Castex intends to evoke the devices installed during the crisis, such as partial unemployment, but also the use of teleworking or aids for vocational retraining, according to his entourage.

Three main topics at the heart of the discussions

Attention is also directed towards the future of important issues at a time when Emmanuel Macron’s five-year term of office enters the last full year:
– Reform of unemployment insurance, which will initially be postponed to April 1, 2021
– Pension reform, the sine of which has died and the flammable nature of which calls the executive to be cautious
– Become part of the “Age and Autonomy” law, which aims to raise almost EUR 10 billion a year by 2030.

“We need to have a moment of scrutiny with the social partners of all of this. See effectively the state of our social accounts, what it is possible to do or not to do,” said the Prime Minister’s entourage.