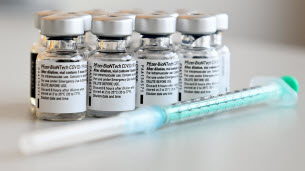 North Korea, Algeria, Gaza, but also India or Monaco: the United Nations Covax device, which is supposed to ensure a fair exchange of anti-Covid vaccines, published the list of the first beneficiaries and the amount of vaccines they are up to on Wednesday June will be received.

The doses – approximately 337.2 million units – will cover 3.3% of the population in 145 countries and territories. The aim is to vaccinate the most vulnerable people and especially health workers.

“All countries should be given doses appropriate to the size of their population in order to immunize the highest priority groups,” said Ann Lindstrand, immunization specialist at the World Health Organization (WHO).

The countries receiving the most doses this semester are: India (97.2 million), Pakistan (17.2 million), Nigeria (16 million), Indonesia (13.7 million) million, Bangladesh (12.8 million Million) and Brazil (10.7 million) million). North Korea is also on the list and is expected to receive nearly 2 million doses of the AstraZeneca vaccine made by the Serum Institute of India (SII).

3.3% of the population of the 145 participants covered

The Covax device currently expects 1.2 million doses of the Pfizer / BioNTech vaccine to be made available to fewer than 20 countries in the first quarter of 2021, subject to additional agreements. These doses are supplemented “by larger amounts” of the vaccine developed by AstraZeneca and the University of Oxford (UK).

“Additional dose quantities of the Pfizer BioNTech vaccine will be available in the second quarter and beyond according to the pre-purchase agreement between Gavi and Pfizer BioNTech for up to 40 million doses,” the Covax device said in its forecasts.

“The total doses cover an average of 3.3% of the population of the 145 participants,” which is in line with the target of 3% coverage in the first six months of 2021, “which is enough to target the most vulnerable groups such as health workers protect.” He concludes.

However, this forecast depends on several elements, such as the state of readiness of countries. In order to be able to distribute the vials, the WHO must have certified the vaccines. Currently the organization has only validated that of the BioNTech / Pfizer duo, which has already been approved by health authorities in several countries. However, there hasn’t been a green light for that from AstraZeneca yet.

With only 1.2 million doses of the Pfizer / BioNTech vaccine to be distributed in the first trimester, the WHO and its partners had to set up a screening mechanism after 72 countries expressed their interest in the valuable vials.

The selection process took into account the mortality rate of local health workers and the willingness of countries. The WHO also checked whether the candidate countries had already started their own vaccination campaign or not.

Ultimately, these cans are only sent to the Palestinian Territories (37,440 cans) and 17 countries. The best supplies are Colombia, Peru, the Ukraine, the Philippines, South Africa and South Korea, each receiving 117,000 cans.
Other countries are Bosnia-Herzegovina, Georgia, Rwanda, Moldova and Tunisia.