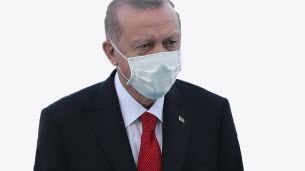 Turkish President Recep Tayyip Erdogan said Tuesday he was ready to “re-launch” relations between Turkey and the European Union, which are marked by high tensions on many issues, including exploration of hydrocarbons in the Mediterranean east .

“We are ready to get our relations going again,” said Erdogan during a speech to ambassadors from the EU countries stationed in Ankara. “We hope that our European friends will show the same will”.

Tensions intensified in the autumn

Last week, Turkish Foreign Minister Mevlut Cavusoglu said his country was ready to “normalize” its relations with France on several issues, despite the strong tensions between the two countries: disagreements over Syria, Libya, the Eastern Mediterranean and, more recently, the conflict between Azerbaijan and Armenia in Nagorno-Karabakh.

However, tensions intensified in October when Turkish President Recep Tayyip Erdogan called for a boycott of French products and challenged Emmanuel Macron’s “sanity” and accused him of having carried out a “hate campaign” against him. Islam for defending the right to caricature of the Prophet Muhammad and for his speech against Islamist “separatism” in France.

At the beginning of December, the Turkish president had expressed the hope that France would “get rid of its president as soon as possible”.