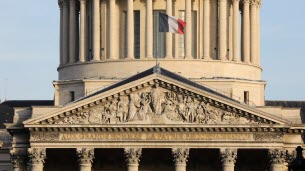 Emmanuel Macron has decided: Arthur Rimbaud will not enter the Panthéon. With this decision, the President respected the opposition of the poet’s family, despite a public petition on the matter.

“I do not want to violate the will of the deceased’s family. Arthur Rimbaud’s remains will not be removed,” wrote the head of state to the family’s lawyer in a letter from the family vault in Charleville-Mézières on Wednesday.

The petition signed by the ex-ministers for culture and personalities in favor of pantheonising the poet had the support of the current minister, Roselyne Bachelot.

President Macron recalled that entry into the Pantheon was aimed at “honoring personalities whose public engagement is linked to the transmission of the values ​​of the Republic” and stated that “given the particular role the Pantheon played in building a common one Republican memory plays “he” does not want to “go against the will of the family of the deceased”.

Do not connect Rimbaud and Verlaine in a “definitive” way

In September, Arthur Rimbaud’s great-great-niece, Jacqueline Teissier-Rimbaud, had expressed her opposition to the poet’s entry into the Pantheon alongside Paul Verlaine, a position shared by the Les Amis de Rimbaud association. When the two poets enter the Pantheon together, “everyone will think of ‘homosexuals’, but that’s not true. Rimbaud did not begin his life with Verlaine and it did not end with him, these are only a few years of his youth,” said Jacqueline Teissier -Rimbaud at AFP’s request, stating that her son and grandchildren shared his point of view.

“In general, the friends of Rimbaud tend to believe that what is proposed does not fit Arthur’s character,” said its president Alain Tourneux. “It is not possible to finally bring Rimbaud and Verlaine together, ad vitam aeternam, it is undoubtedly an exaggeration.”