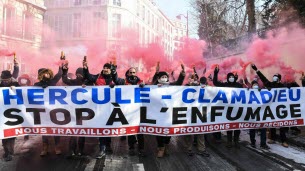 Another day of strike against EDF reform followed on Wednesday, while the CEO was declared in front of Parliament. This reform, called “Hercules”, is criticized by the opposition from the right and the left as well as by the trade unions.