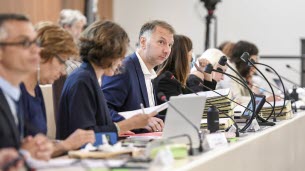 Don’t miss the Lyon Metropolitan Council meeting on Monday 25th January and Tuesday 26th January from 9:30 am, which will be streamed live on the community website. The opportunity to see democracy in action between the governance of the newly elected majority (environmentalists and leftists) and the forces of the opposition.

On the menu: the vote on investments for the mandate, which will last until 2026. Or how to account for spending while the economic crisis is potentially destroying community income. All the more so since, in contrast to his predecessors David Kimelfeld and Gérard Collomb, who always wanted to win new companies that offer jobs and income for the city budget, Bruno Bernard, the President (EELV), wants him to “get away from the race for attractiveness and Freeing up competition between territories “, as the draft deliberation explains, and thus paving the way for massive borrowing.

But that may not be enough, the chosen, prudent one, which already “provides for a review clause until 2023 which will allow” investments “to be adapted to the development of the financial capacities of the EU Community,” the document continues.