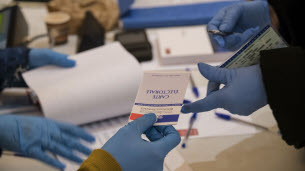 The regional and departmental elections will take place on June 13 and 20, Marlène Schiappa told the National Assembly on Tuesday. The latter unanimously passed the bill to postpone these elections, which were originally supposed to take place in March.

“The electoral convocation decree is issued with the promulgation of the law [et ce décret] I will propose to organize the elections on June 13th and 20th, ”declared the Minister for Citizenship.

The postponement of these elections was recommended in a report commissioned by Jean-Louis Debré and presented on November 13th by the former President of the Constitutional Council, who considered it a “sensible option” for health, legal and political reasons.

Two proxies and a longer campaign

To facilitate the exercise of the right to vote, each voter can have two proxies, usually against one. This facility was used for the postponed second round of local elections last June, and Ms. Schiappa again supported this option as it is “strictly limited to the June elections”.

The text also provides for an extension of the official election campaign to 19 instead of 12 days before the first round, in order to make it easier for voters to access election propaganda.

MEPs also approved, at the initiative of the candidates, the creation of a free telephone number so that voters can learn more about their programs.

In order to promote the time for debate, contrary to the wishes of the House of Lords, there will be no “campaign clips” on public radio and television channels.