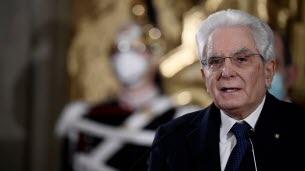 The negotiations between the parties of the ruling coalition in Italy on the formation of a new government after the resignation of Prime Minister Giuseppe Conte have failed, the President announced to the Chamber of Deputies on Tuesday evening.

“I have not observed a unanimous majority,” said Roberto Fico after an interview with the President of the Republic, Sergio Mattarella, who had asked him to examine the feasibility of renewing the current coalition.

In view of the political crisis caused by the resignation of Prime Minister Giuseppe Conte, Italian President Sergio Mattarella called the former President of the European Central Bank, Mario Draghi, to a meeting on Wednesday afternoon, his spokesman said on Tuesday evening.