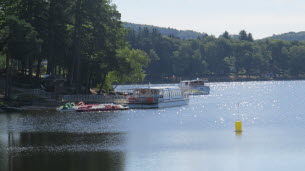 Jean-Claude Duverget, former regionally elected representative of Franche-Comté, warned: “Two dwarfs won’t make a giant. “The merged region will become a reality in January 2016 and will celebrate its fifth anniversary. If the authorities have taken action, the reluctance to identify between Burgundy and Franche-Comté remains.