GraphQL is really important: Why isn’t it the accepted method for searching databases? 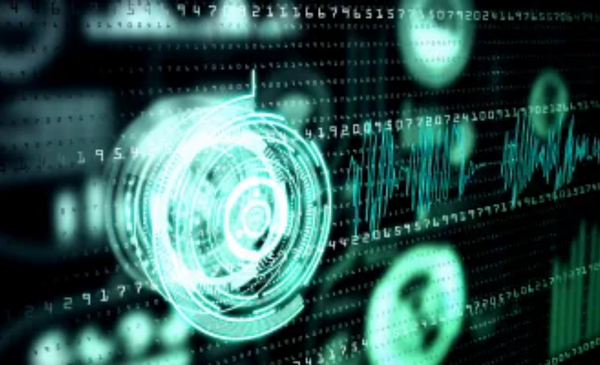 For enterprises, GraphQL is quickly becoming the preferred query language for accessing and manipulating their data. Data management is a major challenge for many businesses, but few grasp what GraphQL is or why it’s so popular.

An estimated 2.5 quintillion bytes of data are generated each day throughout the globe on average. Businesses must have a mechanism to gather and analyse such data. As an example, consider a customer care smartphone app that enables customers tell you whether they are pleased or if they are experiencing any difficulties and need assistance troubleshooting. A lot of data is created with these applications. Apps must be able to send data to the backend, which includes tools for managing and storing information. Data analysis may then be used to identify issues and devise remedies. So it’s obvious that it’s two-way. Both applications and backends require information from each other. For example, suggestions, the status of a delivery, or the amount of an account are examples. For this, GraphQL was created. Transferring data to and from the backend. Connecting applications to backends has never been easier thanks to this more contemporary API.

GraphQL is a relatively new technology, yet many IT executives have heard of SQL (Structured Query Language). Although GraphQL is becoming more popular, SQL remains the de facto industry standard for database queries.

Is there a way to combine the advantages of GraphQL with SQL while running queries?

Data access with GraphQL is straightforward and easy to understand. Nesting is possible because of the format’s unique features. Nesting is like asking a follow-up question inside a follow-up question. Instead of merely asking for a list of all of the dogs at a certain shelter site, you may ask for a list of all the dogs plus detailed information about each breed (pulled from an entirely different, even third party data source).

Because of GraphQL’s query nesting capabilities, a front-end developer may request all of the necessary data from an API in a single request. Due to the fact that GraphQL’s query language is nearly ubiquitous and can work with a wide variety of data sources, it is possible to simultaneously query many distinct APIs and other data sources. So GraphQL is the best query language for heterogeneous backends, which are backends that include data sources other than databases.

It’s widely used as a query language in relational databases. In contrast to GraphQL, it does not support nested queries over heterogeneous data. In addition, SQL’s syntax might be a little difficult to grasp at first glance. Last but not least, SQL was never meant to be used by everyone. SQL is a terrific database tool, but not so great for APIs.

Suppose you need to know the tracking number and projected delivery date for two orders from two separate firms in order to resupply your company’s inventory. GraphQL would be able to answer all of those questions in one go.

Because of the hierarchical nature, it’s simple to understand how each piece of data you requested is linked together. The date of delivery of your shipment is thus linked to the tracking number that you have received.

To get the general information about the two separate orders, you may have to send a single SQL call to your database. After that, you’ll need to go through the data to identify the names of the shipping businesses, and then contact each of those companies to seek tracking numbers.. It’s also possible to request delivery dates depending on the tracking number. All that data would need a lot of code, and getting the syntax exactly right may be difficult. For decades, I’ve been working with SQL databases and still have to seek up syntax for complicated queries.

There are so many people who use SQL

According to the developers that implement the API schema, only a limited number of actions may be performed. So, the flexibility of your queries is dependent on the API developers. Customers can only be found via an API if you know their email address. When looking for clients by city, the app would have to collect all of them and then filter them one at a time. That’s a lot of work.

Alternatively, if you’re working with private or confidential information, you may want to consider configuring your queries and APIs to limit who has access to the data and how long it’s cached on the backend. Many tools are now available to help you manage and setup GraphQL queries and APIs for you, even whether you’re a small or medium-sized business. GraphQL is a good alternative for querying APIs, but without these technologies, setup might be a challenge.

SQL, on the other hand, is more expressive right out of the gate, so you can tell the system exactly what you want without having to do any further setup work. Any database may be readily queried for “orders above 100” for a single line of code by a user. No matter what the database structure is, SQL will provide you with the results you want.

GraphQL, in my opinion, allows for flexible queries inside the framework established by the developer who created the API. All databases may be queried using SQL, regardless of their structure. SQL is a good choice if you plan to perform most of your work in relation to data retrieval from databases.

Does anybody know of a solution?

What if you could combine SQL’s expressiveness with the GraphQL’s flexibility? There are technologies out there that promise to be able to achieve that, but they are unlikely to become widespread since they are cumbersome and inconvenient. In an effort to make GraphQL more like SQL, we’ve created some unpleasantness. However, they are distinct query languages for different reasons. Because of this, developers may as well use SQL and connect directly to the database instead of learning how to utilise GraphQL’s SQL constructs.

However, the situation is not over. GraphQL’s expressiveness will only improve with time, in our opinion. GraphQL’s expressiveness might be improved. These may one day be accepted as the norm. The key differences between SQL and GraphQL are in their worldviews. SQL has a focus on tables whereas GraphQL focuses on hierarchical data and vice versa. As a result, their functions vary.