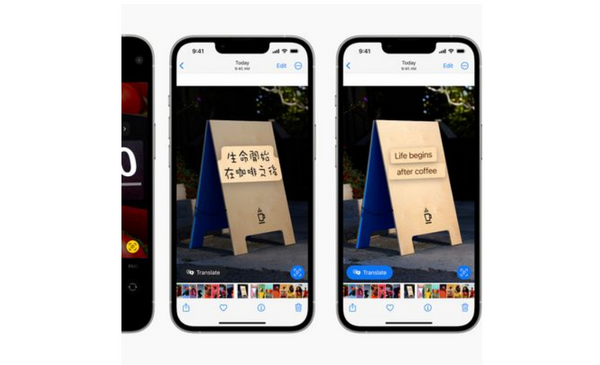 Several of Apple’s yearly updates render third-party programmes superfluous. Due to its widespread use, the practise has earned the name “Sherlocking,” which dates back to the early 2000s, when the firm introduced a built-in search tool that rendered the Sherlock software unnecessary. The Translate app has been upgraded in this year’s versions of iOS and iPad OS.

Some of these features include the ability to translate text using the camera and the addition of additional language support. In iOS 15, Apple finally brought its Translate app to the iPad. iPadOS16, released to the public in October, includes even further enhancements to the iPad’s translation capabilities.

Here’s how to use the camera on your iPhone or iPad to translate text:

With iOS 16 and iPadOS 16, you may use the camera to translate text in two different ways.

The first is the most obvious: just download the Translate app on your phone. Here are the measures that must be taken:

Second, choose the Camera icon on the screen’s left side.

Third, choose the source and target languages for the text translation.

In the fourth step, you will take a photo of the text by focusing your camera on it.

After that, the app will superimpose the translated text over the original. In order to copy or bookmark the content, simply click on it.

With iPadOS 16, you now have another option for using the camera to translate text:

First, launch the camera app on your iPhone.

Here’s Step 2: Aim Your Camera at the Text You Want Translated.

Identify text by tapping the button that appears on the right side of the screen in Step 3.

Select the text you want to translate in Step 4.

You may choose the target language for the translation, just like in the Translate app. The text may be copied with ease and pasted into another programme.