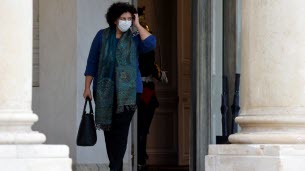 The Minister for Higher Education, Frédérique Vidal, announced this Tuesday to the gathering asking the CNRS to “evaluate all research taking place in France” in order to distinguish between what falls under academic research and what is part of activism.

On Sunday evening on CNews, Frédérique Vidal had pointed out the “Islamo-Left” who, in her opinion, “does not make society as a whole or the university impervious”.

“What we observe in universities is that there are people who can use their titles and their aura. They are in the minority (…) to carry radical ideas or carry militant ideas,” she said, causing Controversies over the social networks.

“You have nothing else to do?” Attacks one MP

“We are shocked by these witch hunts, which are worthy of another regime. What are you referring to, (…) You have nothing else to do but set up a thought police?” Asked the deputy Bénédicte Taurine (LFI) this Tuesday . for questions to the government.

“I was asked what we see in universities, namely academics who say that others are preventing them from doing their research and studying,” answered Frédérique Vidal.

“The university is not waterproof, it is traversed by all currents of society. The role of the university is always to study it, to understand it, to allow this contradicting debate instead of these cartoons. And to take care of it, as always at universities and in the research world, the debate is between peers, ”she continued.

Frédérique Vidal announced that she would ask the CNRS “for an assessment of all research carried out in our country, for example whether it is research on post-colonialism”. “I was utterly shocked when a Confederate flag appeared on Capitol Hill, and I think it is important that the humanities and social sciences address these issues, which are still relevant,” she said.

In a statement, the Conference of University Presidents (CPU) “expressed its astonishment at a new sterile controversy on” Islamogauchism “at the university.

She calls for “opening the debate”. “If the government needs analysis, contradiction and scientific discourse to get them out of the caricatured depictions and disputes of commercial coffee, the universities are at their disposal,” she suggested.

For his part, LR MP Julien Aubert welcomed the announcement by Frédérique Vidal and expressed “the urgency of creating an information mission so that Parliament can also take up this issue”.