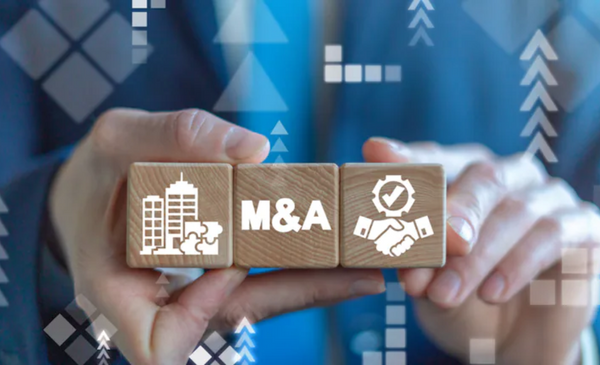 Meta and Google are only two of the global digital titans that have a significant presence in India. The country of South Asia is now preparing to make its presence felt in global mergers and acquisitions.

Firms having “significant commercial activities in India,” as defined by New Delhi, would have to get clearance from the local watchdog (the Competition Commission of India) before entering into any international agreements worth more than 252 million.

With investments from Google, Amazon, SoftBank, Sequoia, and Tiger Global totaling tens of billions of dollars over the last several years, India is the world’s second-largest internet market. However, acquisitions in India have generally been examined primarily on asset size rather than transaction value.

More than 700 filings have been authorised by the Indian regulator in the last decade alone, according to legal firm Shardul Amarchand Mangaldas.

There are signs that India’s posture is shifting and striving to match that of China, the U.S. and Europe.

In the recent decade, Indian markets have grown significantly and business practises have changed dramatically. Competition Law Review Committee was created by the Government of India “in light of economic progress, emergence of diverse business models and the experience obtained through the work of the Commission,” as stated in the bill issued Friday afternoon.

Changes to the Competition (Amendment) Bill 2022 include:

(a) changes in certain definitions like “enterprise”, “relevant product market”, “Group”, “Control”, etc., to provide clarity;
(b) broadening the scope of anti-competitive agreements and inclusion of a party facilitating an anti-competitive horizontal agreement under such agreements;
(c) provisions for reduction of time-limit for approval of combinations from two hundred and ten days to one hundred and fifty days and forming a prima facie opinion by the Commission within twenty days for expeditious approval of combinations;
(d) provisions for “value of transaction” as another criteria for notifying combinations to the Commission;
(e) limitation period of three years for filing information on anti-competitive agreements and abuse of dominant position before the Commission;
(f) appointment of the Director General by the Commission with the prior approval of the Central Government;
(g) introduction of Settlement and Commitment framework to reduce litigations;
(h) incentivising parties in an ongoing cartel investigation in terms of lesser penalty to disclose information regarding other cartels;
(i) substitution of a provision which provides for penalty up to rupees one crore or imprisonment up to three years or both in case of contravention of any order of the National Company Law Appellate Tribunal with provision for contempt;
(j) issuance of guidelines including on penalties to be imposed by the Commission.