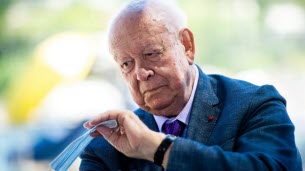 After a search of his home on Tuesday as part of a judicial investigation into misappropriation of public funds, the former mayor of Marseille, Jean-Claude Gaudin (LR), was taken into police custody on Wednesday.

This judicial information pertains to the situation of individuals “who continued their work after they passed the statutory retirement age,” according to a judicial source. It refers to facts from the time when Jean-Claude Gaudin ruled the second largest city in France.

The regional accounting chamber had determined the management of Gaudin

In a report drawn up at the end of 2019, the regional Chamber of Accounts had laid down the administration of the city by Mr Gaudin, from finances to personnel and real estate. The Chamber was particularly surprised by the “management of retirement (…) for the less expensive” in the city of Marseille, with several terms in the mayor’s office classified as “illegal”.

According to the judges of the regional accounting chamber, the city “knowingly” violated the statutory rules for retirement, causing taxpayers to lose more than one million euros per year.