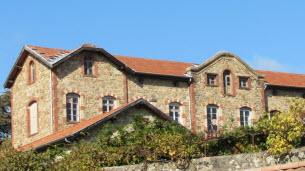 All aspects were met for the Pelussinese application to be validated, as well as for 1,000 other municipalities in France.

Pélussin will therefore benefit from support and additional resources to revitalize its territory for six years. This is the aim of the “Small Towns of Tomorrow” system created in October 2020 by the National Agency for Territorial Cohesion.

This stimulus package is part of the work of the new city team. With his emblematic redevelopment project for the Saint-Charles site in the city center, which includes a building of around 1,600 m² and a plot of 7,000 m² and represents an important asset for the heritage of the municipality.

In cooperation with the municipality, a steering committee is set up to give the residents a dominant position.

It is also about strengthening the local economy as well as solidarity and cooperation between all actors on the territory. It does so by involving citizens in decisions, while protecting natural heritage and biodiversity, and maintaining the quality of air, water and soil.

The village of Pélussin has significant assets of the medieval Virieu district with a castle, hall and two viaducts. But also a large variety of natural habitats, which are home to a varied fauna and flora on 3,216 hectares.