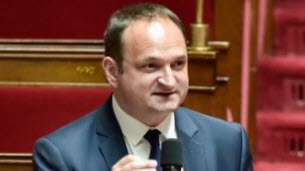 With 82 other MPs, Régis Juanico, MP for the Loire (Génération.s), sent a letter to the Prime Minister about the Hercule project, which aims to reorganize the EDF company into three different companies. Part of this signatory list are Alexis Corbière and Jean-Luc Mélenchon from La France Insoumise.

For Régis Juanico: “France must keep control of its energy policy. It is an essential strategic issue that we cannot give in to. We have been working together for months to denounce the “Hercules” project within the National Assembly. This EDF dismantling project is unacceptable, a project that was negotiated in Brussels with the European Commission without transparency. “”

After numerous meetings, including the one on January 20th, attended by all opposition groups and the unions representing EDF, MPs felt it was necessary to challenge the Prime Minister to this project.

“We ask Parliament to take up this issue, to resume the social dialogue, because our energy independence and our ecological future cannot be used without democracy.”