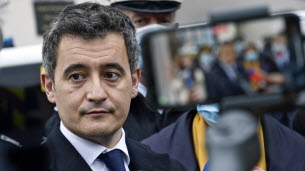 The “local meat-free menu”, which will be launched in schools in Lyon by the ecological community this Monday 22 February, is now the subject of national debates. Gérald Darmanin (LREM) cataloged this switch to the vegetarian menu as an “unacceptable insult to French farmers and butchers” in a tweet published this Saturday, February 20th.

An attack on the politics of the Greens

The Interior Minister also believes that “many children often only go to the canteen to eat meat”.

He used the opportunity to deal with the “moralistic and elitist politics” of the ecologists and with “his scandalous ideology”.

“Don’t slide towards an imposed veganism”

Another member of La République en Marche, Rhône Bruno Bonnell’s deputy, also reacted more moderately to the changeover to this unique menu. He asked “to ensure that these small” temporary “steps to remove meat in canteens do not lead to an imposed and unselected veganism”.

This measure, announced on Thursday 18th February, was justified by the urban team of Grégory Doucet: it is about “serving the students faster and making meals more fluid” to enforce the two-meter distance to be able to group. Class, “which actually extends the time of lunch”, said Progress, Stéphanie Léger, Deputy Mayor of Lyon, Delegate for Education. “This unique menu means that none of the children registered in the canteen are excluded. “”

The right-wing opposition was moved by this decision and accused the majority of “imposing this unique meat-free menu” but forgot that Gérard Collomb’s team had also experimented with this measure from May to July 2020 without communicating.