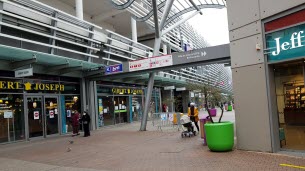 As the branded village of Villefontaine was exempt from closure, the management of the Carré de Soie believed that its center was also open to the sky and could therefore be one of the exceptions to the national rule. In addition, similar cases have been reported by the prefectures in Paris in many regions.

So the government has just announced that Carré de Soie can remain open, as public transport between shops is open-air and walks are in the open air. Good news for the stores who can continue selling and calmly greet customers until February 16th.