Microsoft: You may prepare for Windows 11 with these two new packages 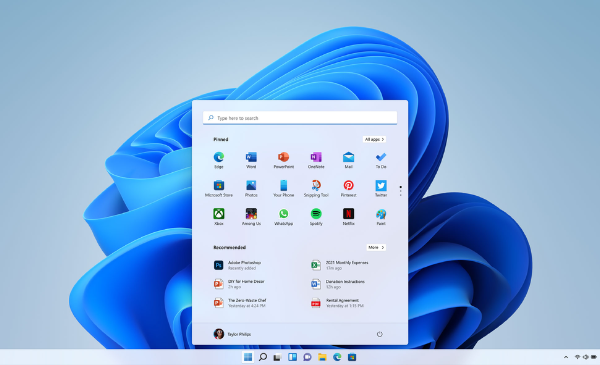 Your company has yet to upgrade to Windows 11? A new Windows 11 and Office 365 Deployment Lab Kit as well as a Windows 11 Onboarding Kit have been announced by Microsoft to help corporate customers get ready for the switch from Windows 10.

Although Microsoft CEO Satya Nadella stated the firm is witnessing “increased monthly use of Windows 11 apps,” Windows 11 has yet to be widely adopted by businesses. Microsoft has also issued two kits to familiarise users and IT administrators with the post-Windows 10 world, maybe to speed things up.

Microsoft Endpoint Configuration Manager, Office Customization Tool, OneDrive, and Windows Autopilot are just a few of the technologies covered in the lab. Windows Service, which may be utilised to upgrade to Windows 11, is also included in the package. Configuration Manager and Windows Update for Business are required for Windows Service updates.

Admins may utilise the Windows 11 onboarding kit’s templates and papers to better connect with users once they install the operating system. Depending on the requirements, the material may be modified.

The purpose of the Windows 11 Onboarding Kit is to provide you the resources you need to help your users get the most out of Windows 11, according to a blog post on the Microsoft Tech Community.

Every device in an organisation, no matter where it is located, will be able to run Windows 11.

Earlier this month, Microsoft published “guided simulations” for Windows 11, which show how similar Windows 11 is to Windows 10 while still bringing significant usability and security improvements. Windows 11 was released to 190,000 PCs last year, and Microsoft learnt a lot from that experience, which is reflected in this guide.

As a result of China’s COVID-19 shutdowns in Shanghai, Microsoft Windows revenues have been affected by the general downturn in the PC sector. According to Canalys, PC shipments were down 15% year over year in the second quarter.

During Microsoft’s FY’22 Q4 earnings call with investors on Tuesday, CFO Amy Hood stated the shutdowns in Shanghai had cost Windows OEM sales 300 million. Revenues from Windows OEMs were down 2% in the third quarter.

When asked about this, Microsoft CEO Satya Nadella responded positively, adding that “we continue to see more PCs delivered than before the epidemic, and are gaining share.”

According to Nadella, the monthly active utilisation of Azure Virtual Desktops has climbed over 60% year-over-year.