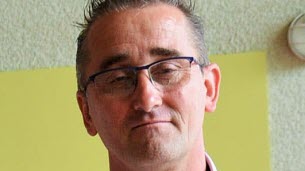 Due to the pandemic, Mayor Williams Dufour has decided to present his wishes for 2021 in a video.

Despite the context, he would like to remind himself that community life still endures: a new class has been opened, some associations have managed to organize events, the Heritage Days were a great success, the market continued to function and the library has grown adapted to the measures imposed by the government.

For the holidays, “the lights of the village brought a note of happiness and 130 packages were distributed to the elders in collaboration with the festival committee,” he says.

He then discusses the projects he plans for 2021 in relation to water management and the end of the safeguarding of Guiers Strait. The inauguration of the new kindergarten is also planned for June and the work of the primary school will continue. New craftsmen have settled in the Laffuge building. A city stadium project is currently being studied for young people. The repair of certain municipal roads, the maintenance of the trenches and the renovation of several municipal buildings (canteen and stadium) are under consideration.

Williams Dufour finished his video by wishing the Miribelains “a year of peace, health and solidarity”.