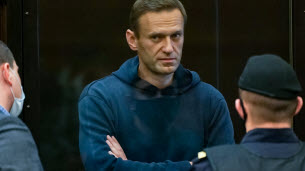 A Moscow court on Tuesday ordered the detention of Russian opponent Alexei Navalny and overturned a previous sentence, followed by a protest from his supporters.

Judge Natalia Repnikova has stated that the Kremlin critic will have to sit in prison for three and a half years from his 2014 sentence, minus the months he spent under house arrest that year. The opponent can still appeal.

According to the court, he violated the terms of the judicial review accompanying his conviction, alleged at the request of the prison services and the prosecutor’s office.

He will therefore have to spend two and a half years in prison, according to his organization, the Anti-Corruption Fund, which has called for an immediate demonstration at the gates of the Kremlin.

“Alexeï Navalny will be sent to a colony (prison) for 2.5 years. We will meet immediately in the center of Moscow and wait for you in Manezh Square,” the organization said on Twitter.

More than 1,050 people were arrested this Tuesday at rallies in Russia in favor of Alexeï Navalny, said the NGO OVD-Info.

According to this organization, which specializes in monitoring protests, most of the arrests (865) took place in Moscow, where rallies suppressed by police took place the evening after the conviction was announced.

Longest sentence ever given to Navalny

The 44-year-old opponent had listened to the verdict with his hands in his pockets and stood in the glass cage that was reserved for the defendants in the courtroom. He sent heart signs to his wife Julia.

It is the longest sentence against someone who has established himself as the main critic of Vladimir Putin in a decade. His previous arrests have been counted in days or weeks.

According to the opponent, the Russian authorities are trying to silence him and intimidate an emerging protest movement in which tens of thousands of Russians have demonstrated in the past two weeks.

London demanded the “immediate and unconditional release” of the Russian opponent.

“Britain calls for the immediate and unconditional release of Alexei Navalny and all peaceful demonstrators and journalists arrested in the past two weeks,” British Foreign Secretary Dominic Raab said in a statement. The “perverse” decision of the Russian judiciary shows that the country is not fulfilling the “most basic obligations expected of a responsible member of the international community”.

Federal Foreign Minister Heiko Maas called for the immediate release of Alexei Navalny on Tuesday: “Today’s verdict against Alexei Navalny is a severe blow to fundamental freedoms and the rule of law in Russia,” Maas said in a tweet.

“The verdict against Alexei Navalny is very far from the rules of the rule of law. Navalny must be released immediately. The violence against peaceful demonstrators must come to an end,” wrote Chancellor Angela Merkel in a message published by her spokesman on Twitter. Texts by Steffen Seibert.

“The conviction of Alexei Navalny is unacceptable. Political disagreement is never a crime. We demand his immediate release. Respect for human rights such as democratic freedom is non-negotiable,” said French President Emmanuel Macron in a tweet.

Moscow, for its part, condemns “meddling” after Western calls for Navalny to be released.