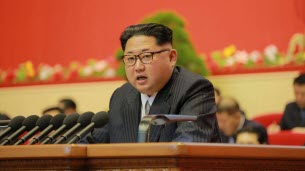 North Korean hackers have tried to break into the computer systems of pharmaceutical giant Pfizer to gain information about the vaccine and treatment for the coronavirus.

The National Intelligence Service (NIS) “informed us that North Korea has attempted to obtain technology such as the vaccine and treatments for Covid through a cyberattack to hack Pfizer,” South Korean reporter Ha Tae-keung told reporters.

Pyongyang became the first country in the world to close its borders in late January 2020 to protect itself from the pandemic that hit neighboring China in December 2019 and has since spread across the planet and killed more than two million people.

No contamination … according to Kim Jong Un

North Korean leader Kim Jong Un says the country has not seen any cases of coronavirus contamination, but experts consider the claim unlikely as neighboring China is Pyongyang’s main trading and support partner.

The border closings have increased pressure on the North Korean economy, which is already subject to international sanctions due to the nuclear and ballistic program developed by the communist regime.

An army of hackers

According to Western experts, North Korea has an army of several thousand highly skilled hackers who have already attacked companies, institutions and research centers, especially in South Korea.

According to a confidential UN report released a few days ago, Pyongyang has stolen more than 300 million in cryptocurrency through computer attacks to fund its banned nuclear and ballistic programs in recent months.

North Korea, while claiming to be free of the virus, recently filed for vaccines against Covid-19, of which it should receive nearly two million doses, according to the Vaccine Alliance (Gavi), a member of the UN Covax program that coordinates distribution of vaccines to poor countries.

This is the first official confirmation that Pyongyang has sought international aid when North Korea’s medical infrastructure is deemed to be completely inadequate to deal with a major epidemic.