On September 7, Apple might introduce the iPhone 14 and other products 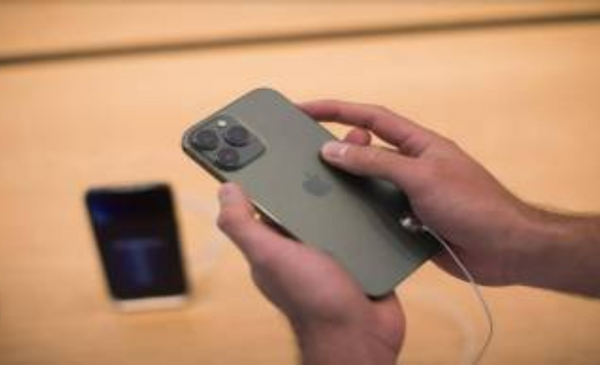 Apple will unveil the iPhone 14 at a special event on September 7.

At this presentation or a later one this year, Apple is likely to unveil new Apple Watch models, along with low-end and high-end iPads and additional Macs.

However, this year’s iPhone models debut as people tighten their belts in response to rising prices.

With past events since the pandemic’s inception, Apple’s annual September iPhone announcement event will be streamed live online this year. Previous speculations mentioned a launch date of September 6, with sales beginning on September 16.

Apple is widely anticipated to introduce the iPhone 14, iPhone 14 Max, the iPhone 14 Pro, and the iPhone 14 Pro Max. The lower-end handsets are rumoured to use the already existing A15 Bionic CPU and 12-megapixel rear camera, but their OLED panels are not likely to enable iOS 16’s always-on display feature.

The A16 Bionic CPU, a new 48-megapixel camera with improved low-light performance, and always-on screens are coming to the Phone 14 Pro and Pro Max.

The corporation has reportedly placed an order for 95 million iPhones, with the premium iPhone 14 Pro Max pegged as a top seller.

Apple will also introduce the Watch 8 series, including a robust version built for people who engage in extreme activities. Display size, screen durability, frame strength, and battery capacity have all been improved. The Apple Watch Pro is the name of the robust version, and it might cost as much as 900 or 999. This is significantly more than the 399 price of the standard Apple Watch. A more affordable Apple Watch SE is also expected to be announced on September 7.

If the iPhone 14 is indeed released on September 7, it will coincide with the week that Apple employees return to the office for at least three days a week, beginning on Monday, September 5.

The Financial Times obtained a copy of Tim Cook’s internal memo in which he instructed employees at the company’s Cupertino headquarters to report for work on Tuesdays and Thursdays, as well as one additional day chosen by team managers. This is a test run of a return to work programme, the launch of which was previously postponed due to the appearance of new strains of COVID-19.

Apple is apparently trying to increase its ad business as people reduce their spending amid inflation and recession worries. The App Store, Apple Maps, Apple Books, and Apple Podcasts may soon include advertisements from the corporation. An Apple executive has stated the company’s ambition to increase its annual ad revenue of 4 billion.