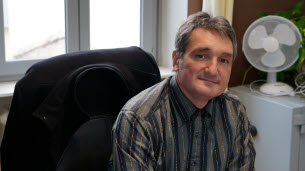 Small Towns of Tomorrow is a six-year program that aims to improve the living conditions of residents of small towns and the surrounding area by supporting communities in dynamic and environmentally friendly ways.

So far, the three priorities of the Small Towns of Tomorrow plan have been ecology, competitiveness and territorial cohesion.

To this end, Frédéric Cotta has been appointed Director of Territorial Development and is now the project manager.

His work consists in maintaining close connections to local craftsmen, traders, SMEs, associations … but also to the residents through citizen participation in the development of the community’s projects.

The aim is then to propose a program and an implementation to immediately benefit from the credits for the recovery aid thanks to the subsidies of this program for the small towns of tomorrow.

According to Frédéric Cotta, the previous priority projects are the revitalization of businesses and craftsmen, the safeguarding of the cultural heritage of the municipality, but also the reduction of the environmental impact through the rehabilitation of the urban public space of the city such as the station block, certain community buildings and the former Saint-Charles -School.

The membership agreement between the Ministry of Territorial Cohesion and Relations with Local Authorities and the Pélussin City Hall should be signed soon and will come into force in March 2021.