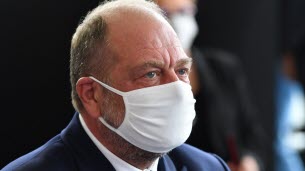 On Wednesday the Court of Justice of the Republic (CJR) opened a judicial investigation against the keeper of the seals, Eric Dupond-Moretti, on suspicion of “illegal interest-taking,” said the attorney general near the Court of Cassation.

Mr. Dupond-Moretti is the target of complaints from the Anticor Association and three judges’ unions accusing him of conflicts of interest related to his previous practice as a lawyer.

The Justice Minister said he was “completely calm” and said on Wednesday that he had “nothing to fear” following the initiation of the judicial investigation into “illegal interests” directed against him.

“If the aim of all of this, as some have already stated, is to forbid me to work, they are at their expense,” said the Justice Minister. questioned on the sidelines of a debate on juvenile justice before the Senate Law Commission.