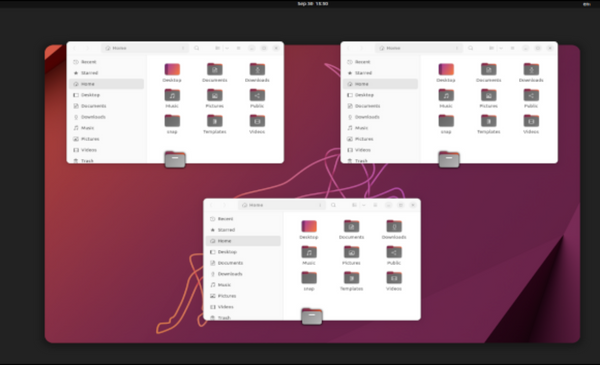 In particular, developers working on IoT projects may appreciate Ubuntu 22.10. CEO of Canonical Mark Shuttleworth issued a statement in which he said, “New digital hazards are being introduced into the home and workplace as a result of connected gadgets, which is an exciting area of innovation. In Ubuntu 22.10, these developers will see a number of quality-of-life enhancements for embedded devices and remote development as part of our effort to enable a new generation of user-friendly and secure IoT.”

Specifically, Ubuntu 22.10 offers enhanced support for the widely used Raspberry Pi devices. Many microcontrollers, such as the Raspberry Pi Pico W, have MicroPython support. Moreover, rshell, the thonny IDE, and mpremote may all be found in the official Ubuntu repository.

Support for the KMS graphics API is now part of Ubuntu’s graphics stack. This allows programmers to use Qt and other graphical application frameworks to execute graphical programmes written for the Raspberry Pi outside of a desktop session and without the need for Pi-specific drivers. This also helps to increase the variety of embedded displays that may be used with the Raspberry Pi, such as the Inky eInk HAT series, the Hyperpixel range, and the Raspberry Pi Official Touchscreen.

OpenSSH will not begin processing without a connection request in order to decrease Ubuntu’s memory consumption on Internet-of-Things (IoT) devices, virtual machines (VM), and LXD containers.

The most recent Ubuntu distribution is compatible with the newest versions of Ruby, Go, GCC, and Rust, providing developers with a wider range of tools to work with. A new debuginfod service is included in Ubuntu 22.10 to aid in the debugging of native applications. In order to debug, tools like gdb will fetch the necessary debug symbols over HTTPS and download them automatically. Ubuntu 22.10 features the latest OpenStack version, Zed, for cloud developers.

Ubuntu 22.10 utilises the latest Linux kernel, version 5.19. The new futex waitv() syscall is the most noteworthy improvement, and I believe that desktop users are the most likely to make advantage of the Ubuntu interim releases. The pace of games may be accelerated as a result. It has recently added support for the Intel Trust Domain Extensions and the Intel Advanced Matrix Extensions (AMX) instructions (TDX).

In addition, Ubuntu now ships with GNOME 43, the newest version of the popular desktop environment. Firefox 104, the LibreOffice 7.4 office suite, and Thunderbird 102, the two most popular e-mail clients, are all included in this release, along with other commonly used desktop apps that have been updated.

In addition to the new features and bug fixes in Ubuntu 22.10, the beta version of the Landscape system administration tool for managing Ubuntu servers, desktops, and networks is also available. This makes it simpler for sysadmins to administer Ubuntu across all architectures, from servers to desktops, by facilitating monitoring, management, patching, and compliance. This new beta version of Landscape Server allows it to run on Arm-based processors, such as the RISC-V processors and the Raspberry Pi, as well as Ampere Altra-based ARM64 virtual machines on the public cloud, to further streamline home management.

Ubuntu 22.04 remains my OS of choice for professional office use. The Kinetic Kudu, however, is useful for Internet of Things (IoT) developers and for system administrators in small businesses and homes.