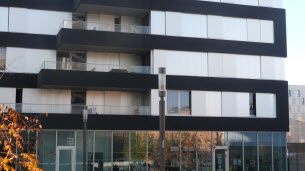 During the council of the 2nd arrondissement on November 5, 2020, the opposition mayor Pierre Oliver (LR) voted by a majority for the right to defend the interests of the arrondissement in disputes over its capabilities. An extraordinary consideration that the three opposition advisers (Greens and Lyon en Commun) did not support.

This initiative related to the lawsuit brought by former mayor Denis Broliquier as a private citizen in court in 2018 to restore management of the Renée Dufourt space (public equipment) that the former municipal majority had assigned to MJC Confluence. The town hall of the 2nd, which had not yet received the keys, wanted to protect itself.

The councilor of the 2nd Lyon in Common, Nathalie Carlino, voted against this consideration on the grounds that the mayor of the 2nd Lyon allowed himself the opportunity to take legal action during the entire mandate, regardless of the cost and subject, without this to report city councils. By email on November 6, 2020, the representative-elect seized Pascal Mailhos, Prefect of the Rhône, in order to submit a request to review the legality of such a decision.

The answer without appeal has just been sent back by the prefect. He agreed that, in order to ensure greater legal certainty, it was preferable to “consult with the city council on a case-by-case basis whenever a dispute relates solely to the exercise of recognized authority.” by law “.

The elected officials of Lyon en Commun welcome this decision, which guarantees the democratic functioning of the communal institutions.

The Mayor of LR, Pierre Oliver, takes note of this decision: “We will respect the rule. If an issue is required, we will vote on deliberation in the council to sue. “”