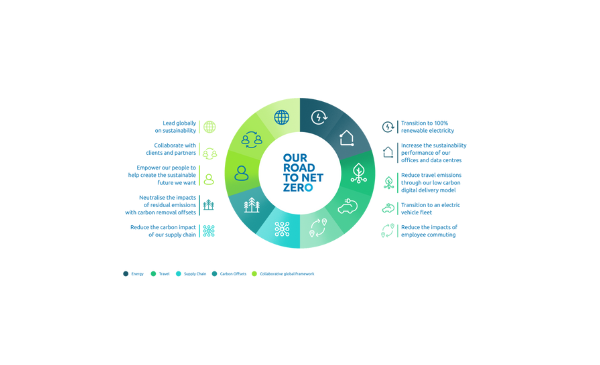 It’s well-known that our food chains aren’t exactly stellar in terms of carbon emissions. Root Global, a company aiming to become the “carbon OS” for the food business, has recently raised a significant amount of money. It develops software that aids enterprises in the food supply chain in their efforts to reduce their carbon footprints.

With climate change, food production is infamously complicated; waste is rampant, and greenhouse gas emissions from food production are enormous. According to the EPA, this industry is responsible for anything from 11% to 19% of US greenhouse gas emissions. According to the UN’s Food and Agriculture Organization, other worldwide estimates vary from roughly 19 percent to up to 30 percent.

An endeavour to reduce greenhouse gas emissions is a value chain initiative. Root’s co-founder Eric Oancea tells TechCrunch that the company’s goal is to “enable all stakeholders in the food business speak the same carbon language, exchange activity data in the same format, and compute carbon scores using the same methodology.” Almost every third tonne of carbon dioxide generated by our food system is released into the environment today.” Root helps us create the decision-making infrastructure necessary to achieve Zero.”

Oancea says that the giant food companies are a major contributor to the situation.

“[Food producers] are basically trying to figure out how to cope with emissions,” he said. It’s exciting to see consumers putting pressure on the companies that they buy from,” says Oancea. They may know how to source cocoa beans and how to produce chocolate, but they don’t know how to track their emissions and they don’t know how to then make decisions that actually reduce [carbon emissions]. “Product labelling is being improved so that people may better comprehend what they’re putting in their bodies.” At the end of 2024, this will most likely be obligatory.”

To be able to label a product, manufacturers must know the total carbon emissions of the product’s whole lifespan. To fill this need, Root has launched an effort.

“I think companies are moving a lot faster than regulations at this point. EU regulations are essentially just following the early movers. The other thing that happened is that companies are setting themselves publicly disclosed targets, usually about science-based initiatives,” says Oancea. “For instance, if you look at the curve of adoption of these targets, they had been tripling the last two years. Suddenly, you have an exponential increase of the companies that are reporting data. But now we see SMEs and B2C brands setting targets like ‘by 2030, I need to reduce my scope three emissions by 45%’. Knowing how they do that is something that they simply struggle with. They released billion-dollar budgets. Now they need to find where to invest this money inside their supply chains, where 95% of their footprint comes from, to actually then reduce their carbon footprint.”

Pre-seed funding totaled 2.6 million, headed by Project A, with participation from Nucleus and a number of angel investors that have expertise in company-building in the food and beverage sector.