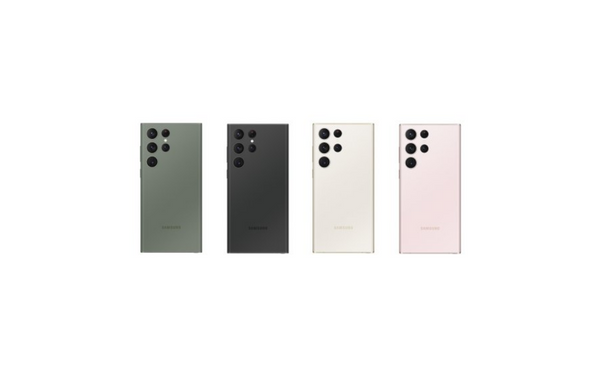 A recent rumour reveals that Samsung’s next flagship phones, the Galaxy S23 series, will come in four fairly subdued hues compared to the Galaxy S22 series.

Max Jambor has provided some renderings that suggest the forthcoming Samsung Galaxy S23 series would be available in green, pink, black, and beige. In October of last year, Ross Young was responsible for the appearance of these colours. Just a few days ago, another leaker gave us a detailed look at the “signature colours” of the roster.

Similarly, SnoopyTech tweeted out the marketing titles for each colour choice of the phone. These hues, the leaker claims, will be called Cotton Flower, Misty Lilac, Botanic Green, and Phantom Black when Samsung publicly introduces the series in a few weeks.

If this information is accurate, Galaxy S23 models may not provide the same vibrant colour options as Samsung’s previous Galaxy S22 phones did. The greatest Samsung phones are available in a wide range of colours, including some particularly striking ones like burgundy and Bora Purple.

The renderings may show the Galaxy S23 and Galaxy S23 Ultra’s backs. Ice Universe questioned their veracity, however, pointing out inconsistencies between the photographs and what is anticipated of the next gadgets.

As has been the norm with Samsung’s flagship devices, the Galaxy S23+ is likely to have the same colour options as the base model.

If this works, shoppers won’t have to spend as much time deliberating over which of many possible colour options to buy. However, having a lot of different alternatives to choose from is what makes shopping enjoyable, and Samsung may be taking that away this year.