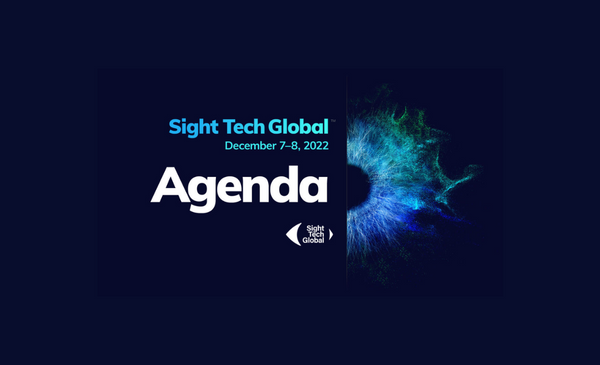 A little-known tidbit about Alexa, Amazon’s voice service, is the location of its first public appearance before becoming mainstream. The annual CSUN conference provided the setting for the presentations on assistive technology for those with disabilities, especially those with visual impairments. Nobody stood to benefit more from a machine that could instantly respond to spoken questions, and nobody could offer more perceptive criticism.

Peter Korn, Amazon’s Director of Accessibility, Devices & Services, and Dr. Joshua Miele, Amazon’s Principal Accessibility Researcher, will be speaking at the upcoming Sight Tech Global conference on December 7 & 8 (virtual and free — register here) about how Amazon is continuing to investigate the accessibility and fairness of the remarkable Alexa voice service, which is used by millions of customers around the world, billions of times each day.

Korn and Miele will argue that the benefits of Alexa for the blind do not necessarily apply to those with speech impediments, and that Alexa’s capabilities have long since outgrown the confines of speech-based engagement. Alexa’s fascinating side gigs, such as Hunches and Routines, now account for 30% of her in-home interactions, which means she’s not just responding to voice commands.

To address the fact that not everyone uses a speech pattern that Alexa is currently trained to recognise, Amazon has joined forces with other tech giants like Apple, Google, Meta, and Microsoft to launch the Speech Accessibility Project at the University of Illinois at Urbana-Champaign (UIUC). This initiative employs artificial intelligence (AI) and new voice datasets to improve the ability of Alexa and other voice services to comprehend a wider range of human speech.

It came as no surprise to those who work in the field of assistive technology that Alexa made her first public appearance at CSUN. The development of aids for the visually impaired has led to many innovations. At a press conference held by the National Federation of the Blind in 1976, technological pioneer Ray Kurzweil introduced the 50,000 Kurzweil Reading Machine, marking a major advancement in optical character recognition (OCR), the forerunner of modern computer vision. Numerous non-accessibility companies have emerged thanks to OCR, and the blind community now has access to a wealth of effective and inexpensive products, many of which we highlight on Sight Tech Global.

Amazon’s Alexa has come a long way since it was first demonstrated in front of a CSUN audience nearly eight years ago. The service now boasts a plethora of features, such as Show and Tell and Notify When Nearby, that are useful to a growing number of users. This is due in large part to the Amazon team’s dedication to an inclusive design philosophy that seeks to leave no one behind while also making Alexa better and more helpful for everyone.

Come to Sight Tech Global for this and the many other events listed on the schedule. As it enters its third year, Sight Tech Global has become a premier gathering for the world’s foremost experts in artificial intelligence and other cutting-edge technologies to discuss solutions for the needs of the visually impaired. Today is the day to sign up.

Our sincere appreciation goes out to our kind sponsors (iSenpai, Google, Amazon, LinkedIn, HumanWare, Microsoft, Ford, Fable, APH, and Waymo). Please get in touch if you’re interested in becoming a sponsor for the event. The Vista Center for the Blind and Visually Impaired is a non-profit organisation that has been helping people in Silicon Valley for 75 years.