SMBs will now be protected by Azure from DDoS attacks 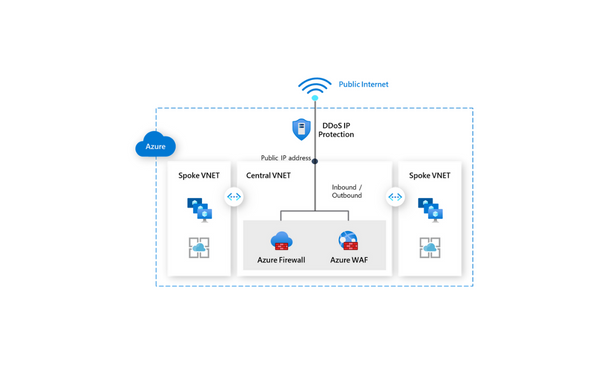 Microsoft has unveiled the public trial of a new product version of Azure DDoS Protection, which the company claims is tailored to the needs of small and medium-sized businesses.

Microsoft claims that IP Protection can secure a single public IP address by coordinating with other Azure services including Azure Firewall Manager, Microsoft Sentinel, and Microsoft Defender for Cloud to provide real-time warnings and data.

Users in the Central US area should expect to pay roughly 199 (or £172) per month per publicly available IP resource to have it secured.

DDoS security plans, on the other hand, may be prohibitively expensive for businesses, costing an average of 2,944 or £2,542 each month.

IP Protection is now under preview across parts of the Americas, Europe, the Middle East, Africa, and the Asia-Pacific, including western and central India.

The new service is now available on the Azure Preview Portal (opens in new tab), and according to Microsoft, the standard Azure Portal will be updated soon.

The announcement comes as distributed denial of service (DDoS) assaults, in which hackers attempt to render a computer unavailable to its customers by overwhelming its website with a large number of unnecessary requests, remain widespread.

There has been a 90% spike in DDoS assaults since Q3 2021, according to information from StormWall.

In a comparison across industries, telecoms was the worst impacted, with 43.2% of all events occurring there. This is a sevenfold increase from the previous year.