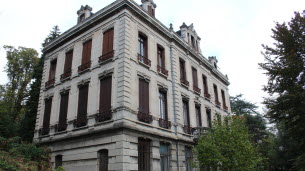 Will Château Delharpe be redeemed this time? The elected officials of the municipal council must decide on his transfer at the February 1st session. An offer to buy for € 635,000 was sent to the city on January 17th by Véronique Batailly and Olivier Arnes. This bourgeois house from the 1880s has been owned by the city since 2015 and is located on Chemin de Montvenoux. The domaines estimated the value at € 600,000.

On January 27, 2020, the elected officials had confirmed the sale of this property to Cyril Lancelin, an artist who planned to turn it into an exhibition space. However, the health crisis had prevented him from completing this project. The Château Delharpe had meanwhile been put up for sale.