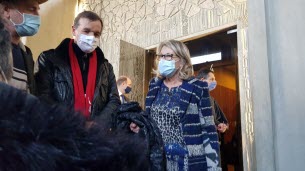 The facts denounced by the former mayor (PCF) of Givors, Christiane Charnay, are “without any influence on the result of the survey”. The public rapporteur asked the Lyon Administrative Court this Wednesday morning to reject the motion to annul the local elections in that city.

In particular, the elected representative denounced the pressure on voters in Vernes while the election campaign was over.

The judges should make their decision “in fifteen days,” said Étienne Tête, lawyer for the mayor (various leftists) of Givors, Mohamed Boudjellaba. The latter was represented at the hearing by his deputy, Fouad Rahmouni.

Christiane Charnay spoke to the judges to highlight “the serious discrepancies” that she believed to have occurred, particularly on the day of the second round of local elections.