The multiplayer option for Marvel’s Spider-Man was abandoned, but it sounded fantastic 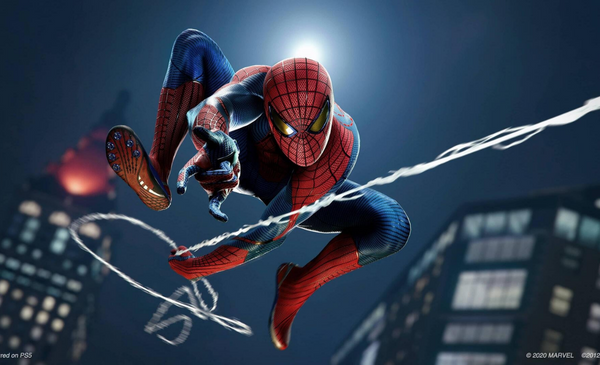 A new datamine suggests that Insomniac Games abandoned plans to include a multiplayer option in Marvel’s Spider-Man.

With the PC release of Marvel’s Spider-Man Remastered only last week, enthusiasts wasted no time in diving into the game’s code. A dataminer by the name of DniweTamp on Twitter (via Reddit (opens in new tab)) found files that hint to co-op and multiplayer alerts, including one that says “If set and in co-op.” It seems like there would have been a battle between two different Spider-Men to determine who was the best.

According to the data, the second player would have taken control of Miles Morales from Marvel’s Spider-Man: Miles Morales and used his signature techniques. DniweTamp then provided code that specifies player 1, player 2, red team, blue team, character 1, and character 2. This all points to a potential PvP feature where Miles would face off against Peter Parker, developed by Insomniac Games.

Some of Insomniac Games’s plans have now become clearer, after this announcement. References to a PvE mode called “Free For All” were also found, and it seems that multiplayer would have been available in a different game mode, as reported by VGC (opens in new tab). Above, in the Twitter thread, you’ll find the direct code if you’re interested in seeing more.

A opportunity to try again?

It’s unclear why multiplayer was removed from the final build of the game by Insomniac Games. Perhaps it didn’t work well on the PS4’s launch hardware, or perhaps it no longer jibed with the developer’s concept. Since there has never been any official confirmation that multiplayer was ever explored, all we can do is make educated guesses at this time.

There is a good likelihood that this mode will return in Marvel’s Spider-Man 2, despite the PlayStation Blog (opens in new tab) calling it a “single-player experience.” The debut teaser for the PS5 exclusive, which will release next year, focused heavily on Peter’s role in the struggle with Miles. This trailer features Eddie Brock fending off thugs, but the unexpected emergence of a lethal yet well-known foe, Venom, is the climax.

It seems likely that we’ll switch between Peter and Miles during the game, and although I normally like solo campaigns, I’d really enjoy a co-op version of this idea. The prospect of throwing webs around New York City with a buddy in a friendly competition to see who can be the best Spider-Man is appealing, even if it is a distinct mode from the main game. I have no idea how it would function, but I’m looking forward to seeing what the next game has in store.