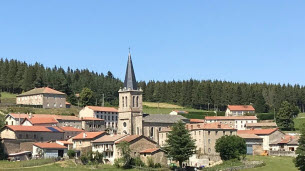 It is a major project for the Pilat Regional Nature Park that has officially started.

On Wednesday, January 13th, the park’s union committee unanimously voted, with one abstention, to renew the park’s charter. This document should define the orientations for the next 15 years.

Climate, landscape and biodiversity issues, but also the delimitation of the territory, the organization of representation and funding are all issues that the members of the steering committee of the mixed union must consider. “We put everything on the table: 1. the project, 2. who bears it and 3. the questions of funding,” said Emmanuel Mandon, president of the union.

The Auvergne-Rhône-Alpes region has approved a budget of 200,000 euros to finance the use of service providers, even if “the majority of the work is done in-house,” emphasized park director Sandrine Gardet-Philibert.

Representatives from the park’s 49 member communities won’t be the only ones giving their opinion on direction. 25 parishes have been signposted to possibly enter the park. The vast majority are located south of the current perimeter in Ardèche and Haute-Loire.

“You can always decide to withdraw,” said Emmanuel Mandon. By including them in the perimeter of the park, they can easily integrate it. If they are not included, you will have to wait for the next charter. “”