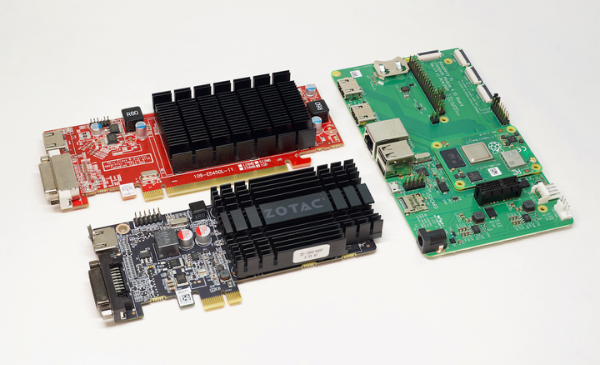 Support for the more up-to-date Vulkan 3D API has been added to the Raspberry Pi 4. Despite the fact that this does not guarantee a seamless Doom (2016) experience on the single-board marvel, it does benefit Pis running Android and signals to potential future capabilities.

Eben Upton, the CEO of Raspberry Pi, stated on Monday that the Pi 4 supports Vulkan 1.2. Pi-friendly operating systems currently lack support, however this is expected to change in the near future.

As a server, controller, or light desktop, Vulkan 1.2 compliance won’t be evident for most users… Vulkan is intended to replace the outdated OpenGL graphics API that powers desktop visuals on the standard Raspberry Pi OS. Games and other 3D Android apps, according to Upton, get the advantages. Vulkan is the low-overhead graphics API that Android utilises.

As with other Raspberry Pi developments, this apparently little adjustment might open up a whole new world of possibilities. In addition to 2019 NVIDIA graphics cards, 2020 Intel CPUs with integrated graphics, and hundreds of other devices, Vulkan 1.2 compatibility provides developers with the same 3D-graphics interface (if not the same power) as 2019. In 2020, developer Iago Toral was able to get the original Quake trilogy operating on a Raspberry Pi 4 with decent frame rates thanks to a Vulkan 1.0 driver.

Pi CEO Upton attaches particular importance to the development of a contemporary Vulkan driver for the Pi 4. To build the VideoCore 3d GPU chip used in all Raspberry Pi boards, Upton worked with Broadcom before joining the Raspberry Pi project. Additionally, from 2007 to 2012, Upton served as a representative of Broadcom on the Khronos graphics API standards council, which oversees standards like OpenGL. Upton was involved of the first work to introduce Vulkan, the successor to OpenGL, during his tenure with the company.

In order to test out Vulkan 1.2 on a Raspberry Pi before the stable drivers are released, you’ll need a clean install of Mesa from GitHub, and then you’ll need to perform some high-pitched screams,” says Pi CMO Liz Upton. A Raspberry Pi 4 is also required, which might be a nightmare to get at the present.