To meet demand for the Christmas season, Sony plans to expand PS5 supply 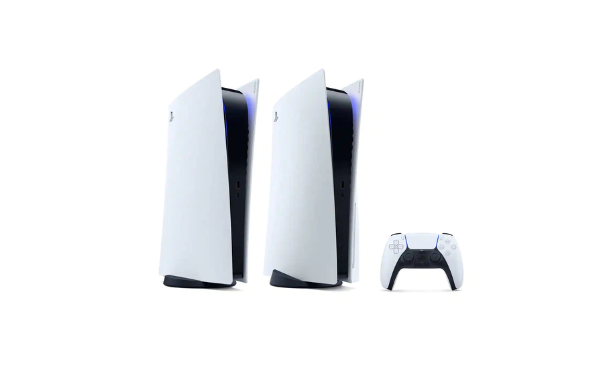 Sony has said that it plans to enhance PS5 console manufacturing in order to boost supplies ahead of the Christmas season in 2022 and the end of the year.

This was revealed in Sony’s latest financial results, which also said that software sales and gameplay engagement had decreased year-on-year, with “a substantially lower level of engagement than we expected in our prior prediction,” according to the company’s release.

As a consequence, Sony plans to “take measures to promote user engagement in the second half of the fiscal year, during which important titles, including first-party software, are expected to be published,” according to the company. PlayStation 5 hardware and the new PlayStation Plus service will be the key means by which it will achieve this goal.

For this fiscal year, Sony said it will not alter its original prediction of 18 million devices sold. The “recovery from the effect of the Shanghai lockdown and a major increase in the availability of components” are cited as the reasons for this confidence. “We are striving to bring-forward additional supplies into the year-end Christmas selling season,” Sony said in a statement.

This isn’t Sony’s first attempt at boosting output this year; they’ve made similar statements in the past. “We are working relentlessly to ensure that PlayStation 5 is accessible for everyone who wants one,” Veronica Rogers, SIE’s Head of Global Sales and Business Operations, told.

There have been shortages of PS5s since the console launched in November 2020, but sales have continued and the console has already sold 21.7 million units globally despite the supply issues.

Due to a combination of strong demand, component shortages, the pandemic, and scalpers, the PS5 has proven difficult to locate. It’s at least encouraging news for those who are still seeking for PS5 inventory. A gradual increase in availability rather than a sudden influx is what we may expect to see in the near future.

Even as late as May 2022, Intel CEO Pat Gelsinger said that the worldwide chip and semiconductor crisis affecting consoles might go until at least 2024, according to Reuters. Gelsinger claimed that the chip scarcity has begun to affect the machinery that create chips in the first place.

Because of the equipment constraints, Gelsinger said, “we expect the total semiconductor deficit will now drift into 2024, from our original predictions in 2023, primarily because the shortages have now touched equipment and some of those plant ramps will be more difficult.”

Even so, things seem to be improving. This week, Valve said that it would be able to speed up manufacturing of the Steam Deck and fulfil all reservations by the end of 2022 owing to a reduction in supply chain concerns.

Sony’s component limitations seem to be easing in Shanghai, which bodes well for the availability of additional PS5 stock for gamers seeking to take advantage of future platform exclusives like God of War: Ragnarok and new features like the newly added 1440p support.