Toyota and BMW will collaborate on hydrogen fuel cell automobiles 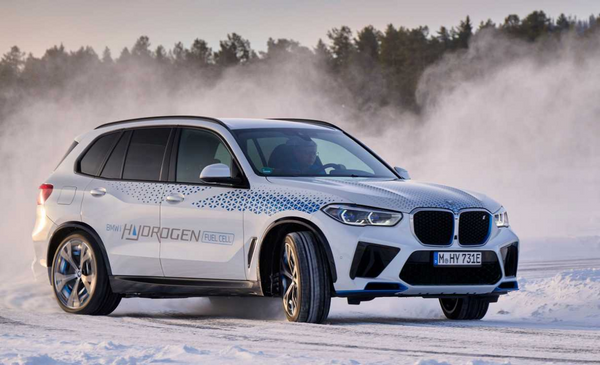 As reported by Nikkei Asia, BMW and Toyota will work together to manufacture hydrogen fuel cell automobiles beginning in the middle of this decade.

BMW’s head of sales, Pieter Nota, recently informed the journal that the company plans to start manufacturing and marketing hydrogen fuel cell cars developed in collaboration with Toyota as early as 2025.

In 2019, the BMW Z4 and Toyota Supra sports vehicles were co-developed by the two companies. The iX5 Hydrogen was based on BMW’s X5 SUV.

With the Mirai, a midsize car that has been in production for eight years and uses fuel cell technology, Toyota is well-versed in the field. These vehicles generate power from hydrogen and oxygen, rather than a conventional engine or battery.

Compared to cars powered by batteries, ones powered by fuel cells have certain clear benefits. They have a greater range and can refill in three to four minutes. However, most of the United States’ public hydrogen stations are located in California, and the technology is still in its infancy there.

BMW has already re-entered the electric vehicle industry with the i4 four-door coupe and the iX sport utility vehicle, but the firm has also signalled that it would be following the hydrogen market. CEO Oliver Zipse recently said on an earnings call that the company’s next-generation platform, Neue Klasse, would likely be built to support the gaseous fuel in addition to pure battery power.

Previously, the company’s CLAR platform enabled internal combustion engines, plug-in hybrids, and fully battery-electric propulsion. BMW was able to get plug-in hybrids to market fast thanks to CLAR, but the company’s pure EV efforts have lagged behind rivals as of late. Both scenarios are possible for Neue Klasse. In 2025, when the new 3-series sedans and X3 SUVs built on the platform hit the market, consumers will have the opportunity to make a choice.

To put it another way, the partnership protects both firms’ investments in clean cars. By the end of the decade, BMW wants sales of its electric vehicles (EVs) to account for 50% of its corporate brand sales. This includes Rolls-Royce and MINI.