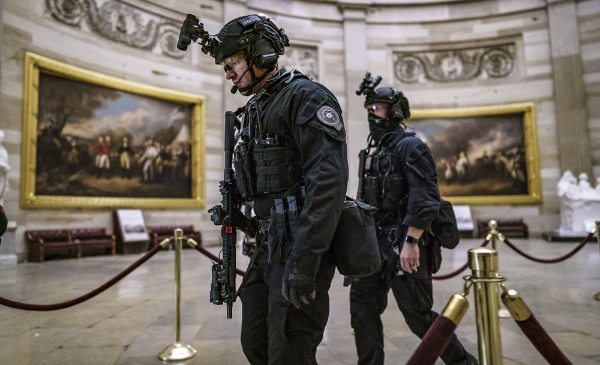 Since the day of the U.S. Capitol revolt on January 6, when the Secret Service acknowledged to missing a number of text conversations, the agency has been under severe scrutiny. According to a new report, the missing communications may have been caused in part by Apple’s iMessage function.

Members of the Secret Service who used iMessage on their business phones were the ones who went missing, according to Politico. Spokesperson Anthony Guglielmi says the Secret Service is now reviewing whether to keep members’ work phones disabled from receiving iMessages to prevent further data loss.

“It’s something we’re keeping a careful eye on. For the purpose of determining whether or not deactivating iMessage will have any operational consequences, Director James Murray has requested a benchmarking study.

There must have been a reason for iMessage to be activated.

Messages sent by Secret Service agents before to the uprising on January 6 were deleted, according to the DHS inspector general. A new mobile device management service was being implemented, and iMessages, which could not be backed up with the prior service, were apparently lost if members did not take a manual backup before the transition.

The discovery that the Secret Service had iMessage enabled in the first place begs the question, “Why?” The agency is well-known for its investigations into cybercrime, therefore cybersecurity experts are surprised that it could miss such a significant problem when it comes to safeguarding communication data.

End-to-end encrypted communications has always been the case with iMessage. No one, even Apple, has access to the information you transmit in an iMessage. This is not the case if you’re texting someone on Android, which uses SMS, which is an unencrypted method of communication. A new texting standard called RCS, which offers improved functionality and privacy for Apple and Android smartphones alike, is now being pushed by Google.

It’s alarming to those of us who are aware that our firms can see anything we say on Slack at work, and that there is no such thing as employee privacy while using corporate products. The Secret Service should never have allowed this to happen.

To see what the Secret Service does in reaction to these revelations, we’ll have to wait, but it’s probable that the agency will disable iMessage on work devices and back it up, just as it does with email.