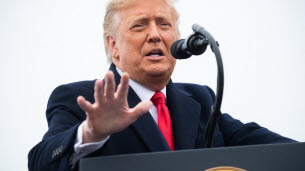 The US Senate acquitted him during his trial for “inciting insurrection”.

Fifty-seven senators voted for a guilty verdict and 43 against. The two-thirds majority required for the conviction was therefore not achieved. This decision was anticipated because of the Republican majority and the former president’s continued important popularity.

Note, however, that 7 Republicans voted for a guilty verdict.

Trump welcomes the end of the witch hunt

For Donald Trump, this is a second acquittal in as many impeachment proceedings. A unique case in United States history.

The Democrats hoped that his belief would make him inadmissible in the future. They failed.

The tycoon welcomed the end of a “witch hunt” and promised to continue to defend “the greatness of America”. “Our great, historical and patriotic Make America Great Again movement is just beginning,” he added.

He was accused of being “the main initiator”, using the words of the Democratic Prosecutor, of his supporters’ attack on the Capitol on January 6th. During one session, a video of several minutes was broadcast showing his vengeful excursions.

When the attack began, he had waited long hours before asking his followers to “return home” and, according to Democratic prosecutors, gave up his oath to protect the institutions. In the end, five people died and hundreds were injured or traumatized, they estimated.