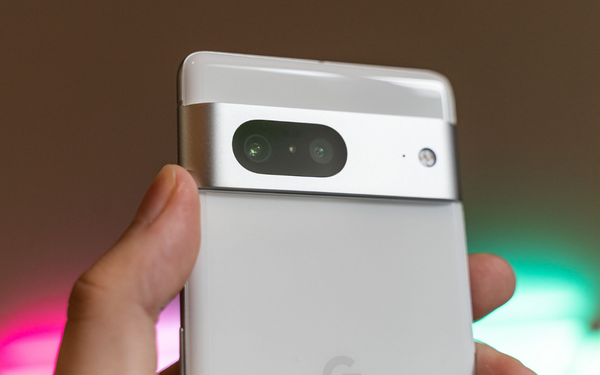 The camera bar on the Pixel 7 is the most noticeable departure from last year’s model, having been transformed from a single, large glass panel to a solid metal block with tiny glass cutouts over each camera lens. At the time, it was believed that decreasing the amount of glass in a camera would reduce light streaks and maybe increase its endurance. The irony here is that the fragility of this tiny glass makes it all the more likely to shatter. Reddit, Google’s support forums, and Twitter have all been flooded with tales of sudden camera glass breaks. You can find a plethora of gory images by searching the hashtag #pixel7brokencamera on Twitter, in addition to the hundreds of reactions on Reddit and support forums.

In the history of cellphones, we’ve encountered this issue several times. Class action lawsuits against Samsung were initiated after the same problem was discovered with the Galaxy S7 in 2016 and again with the Galaxy S20 in 2021. The shattered glass in the Samsung and Google examples does not seem to have broken from impact, since this would be shown by an impact point and outward spiderwebbing. A huge, circular hole forms in the glass, giving the impression that a bullet has been used to shoot the phone.

These tempered glass panels for smartphones improve scratch resistance by introducing internal tension. In this Scientific American article, an engineer from Corning describes the general process, saying, “There’s a layer of compressive stress, then a layer of central tension, where the glass wants to press out, then another layer of compressive stress.” We don’t know who makes the glass for Google’s cameras, but we do know that the process involves three layers of stress. To put it simply, if you make a mistake in your glass recipe and these layers aren’t in perfect equilibrium, one day the glass will suddenly go “pop,” and you’ll have these outward, mini-explosions.

That seems to be what individuals are saying, with some blaming the transition from cold weather outside to warm air inside for the glass breaking. It’s not likely to originate from a drop, thus that explanation is unlikely to be accepted. Even if you tried to land the phone on the camera cover—a little round piece of glass surrounded by aluminum—it would be incredibly tough.

Despite the fact that it is very unlikely that this is the result of user misuse, some customers have complained that Google isn’t addressing the issue under warranty. One of the people whose Google Glass screen exploded was named Alex Hatzenbuhler. He took a picture of a message from Google’s gadget support saying the problem wasn’t covered by warranty and shared it online. Repair costs have been estimated by some users to reach close to 200.

Samsung’s “mandatory individual arbitration clause and class action/jury trial waiver provision” in its terms of service effectively ended two class-action lawsuits against the company over camera glass. You may opt out of forced arbitration, but because most people don’t, a case against Google is probably doomed to fail. This agreement gives consumers essentially little rights, and is the default for Google services.

Online pressure and unfavourable publicity from websites like this one are something that arbitration can’t prevent. That being said, Google, please honour the warranty on your plainly broken gear. Pixel’s hardware section is little but ambitious; nonetheless, the company can never succeed if it continues to treat its current patrons poorly.