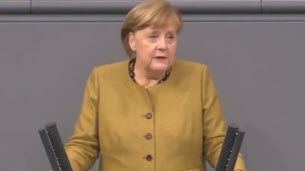 A mistake we’ve all made since the beginning of the Covid-19 pandemic. Chancellor Angela Merkel has her seat in the Bundestag on February 11th. Problem: She had forgotten a great accessory, her mask.

In a video that went viral on Wednesday, the scene repeated in the following tweet with the hashtag “#NousSommesTousMerkel” was viewed more than 2 million times on Twitter.

For a few seconds Angela Merkel takes her place as usual. Then comes the moment when she realizes her forgetfulness. She panics for a moment and looks for her mask a few meters from her seat.

That oversight of a few seconds happened the day she gave a speech on strategy to fight the pandemic. She also defended the extension of general detention – originally scheduled to end on February 14th – until March 7th.