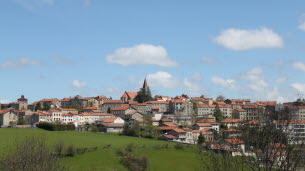 The municipality of Loire-Semène has a good position on the departmental chessboard throughout its territory. With 1,300

The unemployment rate (6.7%) in this area is well below the national average (8.1%). The proportion of the active population is 75.6%, with 24.1% of the inactive population (schoolchildren, students and unpaid trainees). Retirees make up 8.5% of the population and the other inactive 5.6%.

The area has around 1160 companies outside the agricultural sector, which includes around 100 farms. There are 155 manufacturing industries, 179 in construction, more than 300 distributors in all industries and other personal service companies.

The average salary is around 20,000 euros per person or around 1,700 euros per month gross. Insee numbers according to the 2018 census.