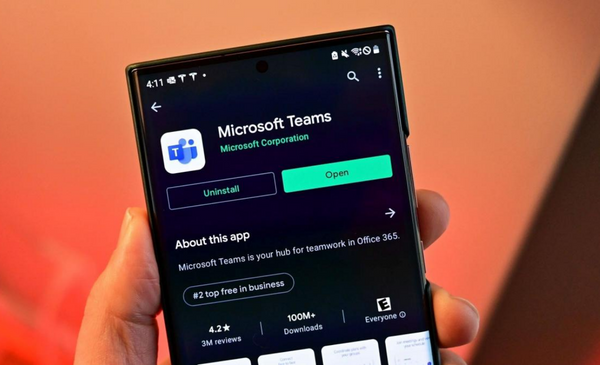 The traditional Microsoft Teams ringtone has been given a comical TikTok remix, and is now available as a personalization option in the Microsoft Teams app. If you’re sick of the standard ringtone in Teams, you can now switch to this Microsoft-approved alternative.

Calum Newton, also known as CandyMoore.mp3 on TikTok, is an Australian musician who, in March, produced a club remix of the original Teams ringtone that featured sounds of Bill Gates stating, “Microsoft Windows…” “Hello, my name is Bill Gates.

According to Newton, his remix post was rather unpopular at first, but then went viral after another user uploaded a video of himself dancing to it. Later, many other TikTok users followed suit, and even Bill Gates utilised the remix in a birthday message for Microsoft.

Microsoft saw one of these remixes (perhaps Gates’) and contacted Newton, asking for permission to incorporate his work in a version it could distribute to customers of its Teams service. Microsoft’s “amazing remix” nevertheless “hits hard enough to make you want to dance,” the company claims, despite the fact that it lacks the Gates vocals from the version for which Newton was commissioned to compose.

Here’s Newton breaking it down for us.

Ringtones may be updated to the Microsoft-recommended variant under the Settings menu’s Calls submenu.

A new ringtone option (“Remix”) should be available from the phone’s settings menu as of today. Microsoft advised users to select “Menu” and then “check for updates” if the updated ringtone did not automatically display in the menu.